The To-Do List of Vacation...The Quest for 5 Star Music

The life of a band director is full of....music. To me music selection is one of the most important parts of my job as a band director. It is what we are going to playing every single day. Its what people are going to come and see us do at the concert. Its a lot of what the kids look forward to every day and what they will remember about band. Its how we get them to buy into what we are doing and it dictates a lot of what we can actually teach them from music history to theory to fundamentals. It all lives in the music.

If you are friends with me on facebook you will have seen that nearly every day I am...listening to band music. There is a A LOT of music to listen through or to depending on how you look at it and I have a lot of music to program.

I have a love/hate relationship with band music. There is some great stuff out there and there is some crap. Most band directors will agree but there really is some great stuff if we know where to find it. A few summers ago I took a great class with Ryan T. Nelson from Northwestern University as part of my summer masters degree there and we started using a "5 star rating" (modeled after the itunes rating system) to rate our music. Anything below three stars should not be considered and really we determined whenever possible we should be putting 5 star music in front of our students....because they deserve it and it does exist, it just can be a pain to find it.

But music teachers all know when you find that 5 star piece boy does it work. You actually want to rehearse the music, the kids want to play it, and the parents actually enjoy the concert. Its a win win situation. I try to even go as far as have loose concert themes or connections between the pieces and even between the pieces of all of my ensembles but the most important thing for me is that the music is quality.

And when I can get all the music picked it does make my life easier. It really allows me to be more organized and focused on what is happening for the rest of the year. My most successful years have been when I have had the time in the summer to plan my music for all my ensembles for the entire year (ok that has happened twice in 9 years).

Ok so how do I do it. Well first I have to figure out what I am programming for: so here's the laundry list right now:
Concert Band, Symphonic Band, Wind Ensemble-CMEA Band Festival (March)
Jazz Band I-festival music
Jazz Band 3-any music ( a whole folder full, swing tunes, ballads you name it)
Hawaii Band (we are going to Hawaii for 3 non competitive performances with a band combined of students from all three of my concert bands)
Indigo Band (my beginning band that is playing their first concert in January & our ST Play-A-Thon)
The First Annual ST Play-a-Thon-**more on this fundraiser to follow** but the gist is that every ensemble will be performing for an hour. This is going to be combinations of stuff we have already played this year, stuff we are doing for CMEA & other "fun stuff" (stuff from past years, movie music etc).

So yeah...there can be overlap but that's a pretty tall order of stuff.

So how do I do it....listen and listen and list and list. I have a huge folder of notes. I keep all of my lists that I ever make. That way I can see what things I have liked during other "listening" sessions. I just start listening to teaching music cds, JW pepper, (sometimes I even read through the paper catalog to get ideas), I ask friends, I download state lists, I look back at reading session lists from old years.  I take suggestions from friends and WRITE IT DOWN. I have been reading the Band Directors facebook group a lot lately and have gotten some great ideas. I also try to stay friends on facebook with young composers like John Mackey, Brian Balmages, and Steven Bryant to try to stay current with what they are doing. All of that kind of stuff is in this special folder. I put stars next to each tune and what ensemble I think it might be good for. Then when I really start feeling sold on something I put it on a post it note and hang it on the wall under the ensembles name and then I start adding other pieces around it. Its a visual way for me to "see" the concert as its coming together. I also ALWAYS go shopping in my own library. I am always forgetting what I have already purchased that is 5 stars.

Its a labor intensive process I won't lie. But it does allow me to have some pretty exhaustive lists of things that I have liked and for me to really find some great music.

Once I feel like I have a concert put together then I put those tunes in order in place list on itunes and listen to it for a few days to make sure that I'm committed to it.

Stuff I'm into right now (no commitments have been made yet):
Song of the Blacksmith arr. Loest (I love anything that is old and rescored to make accessible to younger groups)
Nevermore Brian Balmages (I am a huge fan of his music & anything written having to do with Poe. I own just about enough Poe inspired band music to do a concert)
An America Spectacular arr. Chris Sharp (something classy & patriotic for our Hawaii trip)
Jungle Dance-Brian Balmages, (for the Hawaii band)
Symphony No. 4 Andrew Boysen
Moon By Night-Jonathan Newman
Fantasy on Prospect, David Gorham (Symphonic Band)
Joie De Vivre-Gary Gilroy
Always with Grace-Gary Gilroy
Sedentary Motion-Tom Garling (for jazz band)

So that's my short list right now....there will be more to follow as I narrow this down. I thought some of you might enjoy the process! 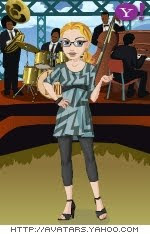